Khmer Beverages (KHB) is Cambodia’s leading producer of alcoholic and non-alcoholic beverages, 100% owned by Cambodian investors. The factory uses only the finest ingredients from Europe and is equipped with state-of-the-art technology from Germany. The factory’s leading-edge technology brings our consumers a completely different beer experience that speaks for itself – Cambodia Beer. With only the most stringent practices of hygiene and quality control, Khmer Beverages has been awarded an ISO 9001:2015 certification for its Quality Management System, an ISO 14001:2015 certification for its Environmental Management System, a Brewery Award from the United Kingdom, a European Star Award from Germany and a number of Monde Selection Awards (Gold and Grand Gold) from Belgium, Portugal and Spain.

The factory underwent its third major expansion in 2017, increasing its beer production capacity and developing new products, including Barrley Black Extra Stout Beer, Kudo Lager, Wurkz Energy Drink, Ize Cola, Ize Lemon, Ize Soda, Ize Fruit Punch and Cambodia Water. Khmer Beverages focuses on ensuring the highest quality for its products, which has been recognised by strong support from its customers and an increased demand for its beer and other beverages. Almost 1 000 staff are currently employed full-time, committed to producing the best beer and soft drinks for Cambodia and the region. The company is proud of its constant expansion.

CAMBODIA BEER is the true brew of the Cambodian people, produced exclusively in the kingdom using the finest ingredients from the European Union. Cambodia Beer is the only beer to instil pride in Cambodians, having earned international recognition for its taste and quality. The water used to produce Cambodia Beer goes through a rigorous purification process at our water treatment plant. Malts are imported from Denmark, the Netherlands and Germany. To ensure the finest taste, we select only top quality malts made from two-row Spring Barley. Bitter hops are used to produce the beer’s bitter note, with the hops enhancing its aroma. Special yeasts from Germany are used during the fermentation process. Cambodia Beer is the country’s top award winner, receiving not only the 2013 International Brewing Award and the European Beer Star in 2013 & 2014, but also achieving a gold medal in the Monde Selection Awards in 2014, 2015, 2016, 2018 and 2019. THE TASTE OF COOL! 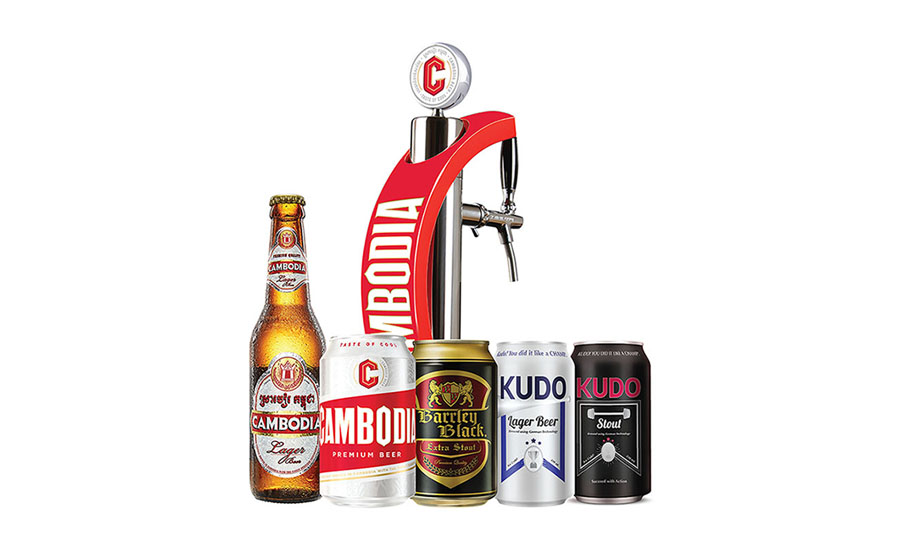 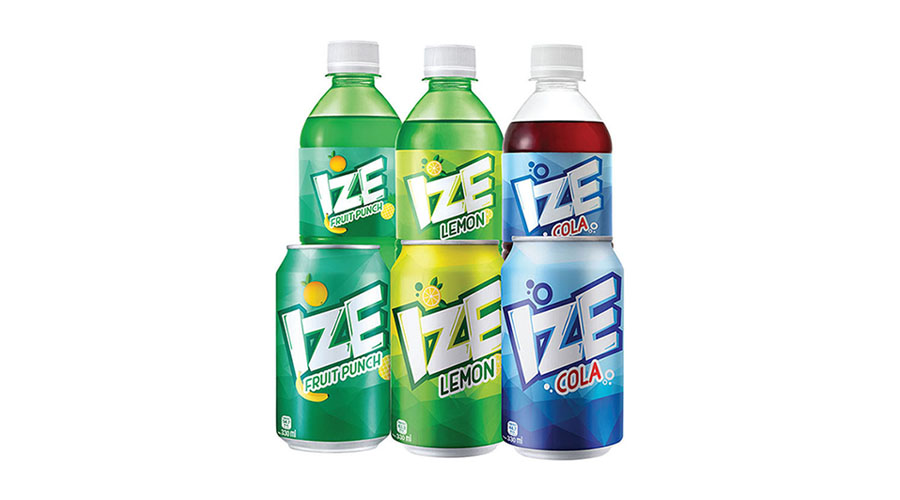 IZE is an ice-cold refreshing soft drink that represents the fun, energetic and cheerful vibe needed in this fast-paced, modern world. IZE is Khmer Beverages’ market-leading brand name for its non-alcoholic beverages. IZE ingredients are extracted through rigorous safety testing and quality control processes. Sweetness and carbonation are perfectly fused into a juicy taste experience for our customers. IZE carbonated soft drink comes in four distinct flavours: IZE Cola, IZE Lemon, IZE Soda and IZE Fruit Punch. They are the perfect drinks for the fun, young consumer and are ideal for any festive occasion.

CAMBODIA WATER undergoes a rigorous, state-of-the-art purification process according to the highest German standard. It also fully complies with the requirements of Cambodian Standards CS009-2005 for bottled drinking water. Every bottle of Cambodia Water is guaranteed to deliver trusted quality with a pure and refreshing taste. It is an especially excellent choice for mixing milk powder. The pureness of Cambodia Water refreshes from within. You are renewed every time you drink Cambodia Water. A drop of Purity. 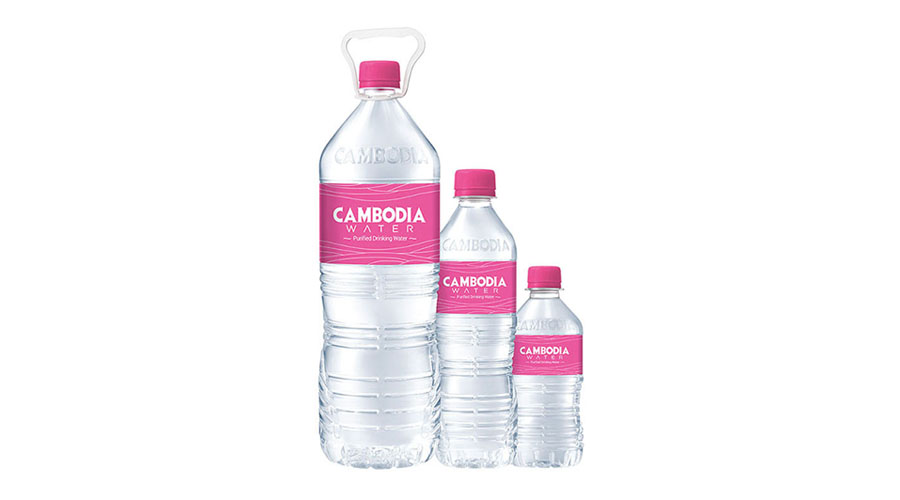 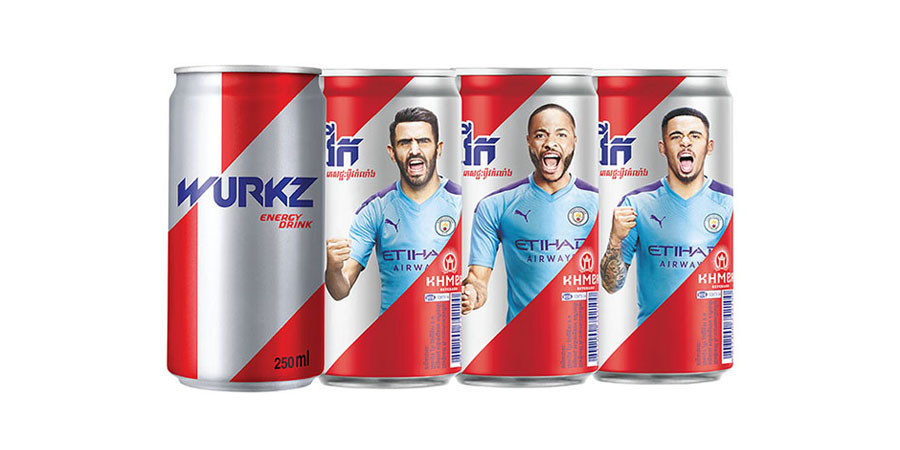 WURKZ is produced from special ingredients using state-of-the art technology from Germany. Wurkz Energy Drink contains vitamins B6 and B12 along with other rich nutrients, including taurine, caffeine, inositol and lysin, all essential in maintaining energy levels, reducing fatigue from long hours of sports activities, increasing memory function and maintaining hydration levels, as well as boosting sobriety and improving alertness while driving.